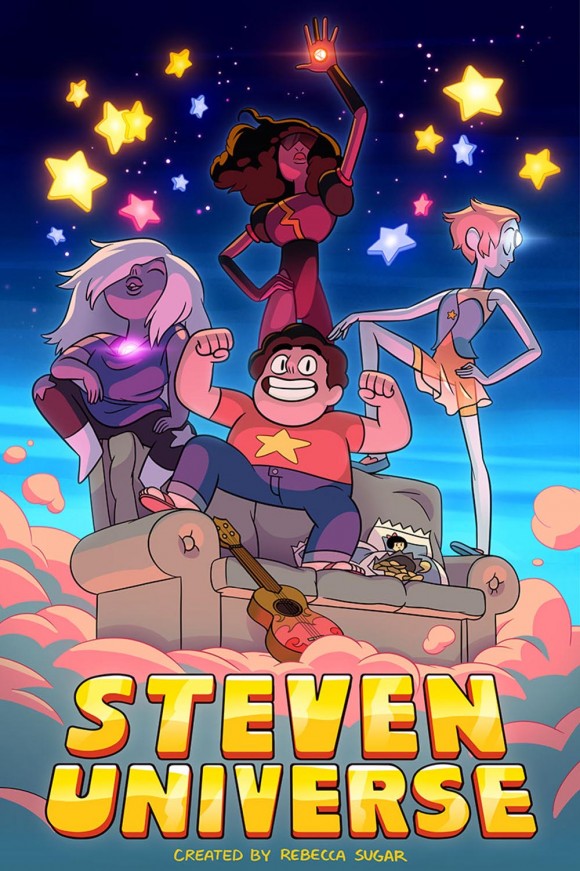 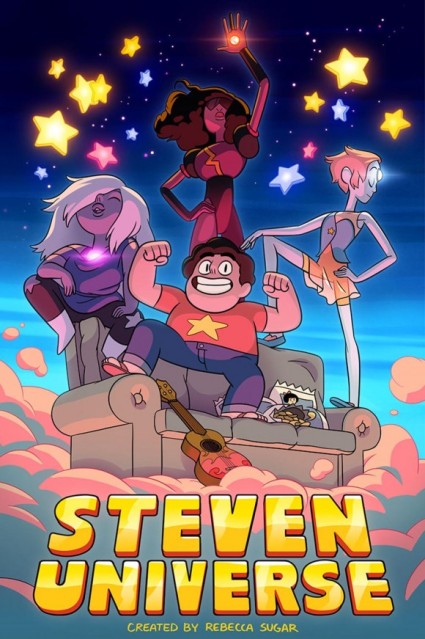 With a name like Steven Universe you wouldn’t think this show has made a huge mark for women in television but it has. This show is the first animated television show with a female showrunner. Rebecca Sugar, former storyboard artist, writer and composer for Adventure Time has now created her own show about a group of female galactic warriors and their youngest, male member Stevie.

This show looks like a take on the magical girl trope, with mixes of a 80’s “space opera”. Each girl has her own magical gemstone that gives her a super powered weapon, they travel through the use of a crystal portal and Stevie (who also has his own unpowered gemstone in his bellybutton) waits for them to return, trying to help anyway he can.
Anyway, take a look at the pilot and let me know what you think!