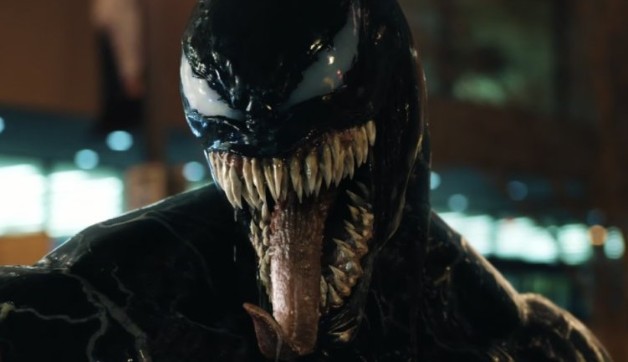 “Isabella. Everyone knows already that Venom is a zaddy. This article is redundant!”

Ok but bare with me. I need to talk about this and I need to get this out. I need to explain why my big, black, drippy boy is a good boy.

So there is this website called Tumblr and it’s a good website. It has been a main source of online community for me for almost 7 years now. Where most people feel like Tumblr has an age limit to it, that once you reach your late 20’s or so you stop having the desire to look at fanart of the two brothers from Supernatural making out or debate the merits of Reylo [Rey and Kylo from Star Wars for all of you plebeians]. But I’m still deep in Tumblr culture. I have learned many of my most valuable lessons about inclusivity, social justice, racism, and how to respect people of different genders and sexuality as me, but most importantly, I discovered my kinks.

In that subculture I discovered a kink, that is lovingly termed “Monster Fuckers”. Actually there are many kinds of fuckers, robot fuckers, object fuckers, alien fuckers… really you can fuck anything… Recently in the news these fuckers have been making their kinks known a little more publicly. Many people found themselves attracted to the robot, known as ROBOT, from the new Netflix Lost in Space show. People went on Twitter and Tumblr mostly to discuss how hot they thought he was, which made decent, God fearing humans very uncomfortable. I mean the show is aimed at children, but also something you can watch late at night alone.  With your pants off.

Then came the Venom trailer.

When it premiered, I can only imagine what the advertisement team behind it was thinking. They probably imagined a bunch of men, white, between 12-35 to be very excited for the movie. They probably expected was a bunch of conversation on Reddit and Twitter discussing the details and merits of the trailer and the authenticity of the special effects. Maybe even a “controversy” about Tom Hardy’s accent or something. But instead they got this:

I could have seen this coming. But no one asked me. Hell, one of those hashtags is probably me.

Venom, ROBOT, the Xenomorphs from Alien, the snake girl from Monster Masume… they all inspire a sort of horniness crossed with fear, what I scientifically term, the “TerrorBoner”. TerrorBoner is also the name of my autobiography. I have no insightful ways of understanding this response. I can’t understand exactly why some people respond to creepy, inhuman monsters in that way, just the same way I can’t explain why anyone has the particular sexual hang ups they do. I know that for myself I like big, wet, shiny, drippy and smooth to be particularly attractive, just based on a purely aesthetic/tactile thing. The idea of being enveloped, covered in liquid and overwhelmed just does it for me. Human men have lost most of their appeal these days, I don’t know if you’ve met one recently or read about them in the news but, they kinda suck. Perhaps that’s why monsters have more of an appeal to me, they are more simplistic, more understandable and also a little ostracized, like myself. If things don’t work out with a monster boy, then I’ll probably just be eating or fused into their sentience; so a win-win for me.

The Venom movie comes out in October 2018 and honestly, I’ll be wearing very loose pants.