My first encounter with the figure of a witch in popular culture—apart from those in kids’ movies like Disney’s “Sleeping Beauty” and M-G-M’s “The Wizard of Oz,” or in books like Tomie dePaola’s “Strega Nona” and Roald Dahl’s “The Witches”—was in a campy scene from Oliver Stone’s 1991 bio-pic, “The Doors,” depicting Jim Morrison (played by Val Kilmer) and one of his lovers, a Wiccan witch (a character played by Kathleen Quinlan, and based on the rock journalist Patricia Kennealy, who reportedly married the singer in a Celtic handfasting ceremony, in 1970). In the flickering light of dozens of candles barely illuminating a high-ceilinged chamber, the two peruse an esoteric sorcery tract in the nude, snort cocaine, slit their wrists with a dagger, drink each other’s blood, and have wild sex to the shrieking strains of Carl Orff’s “Carmina Burana.” 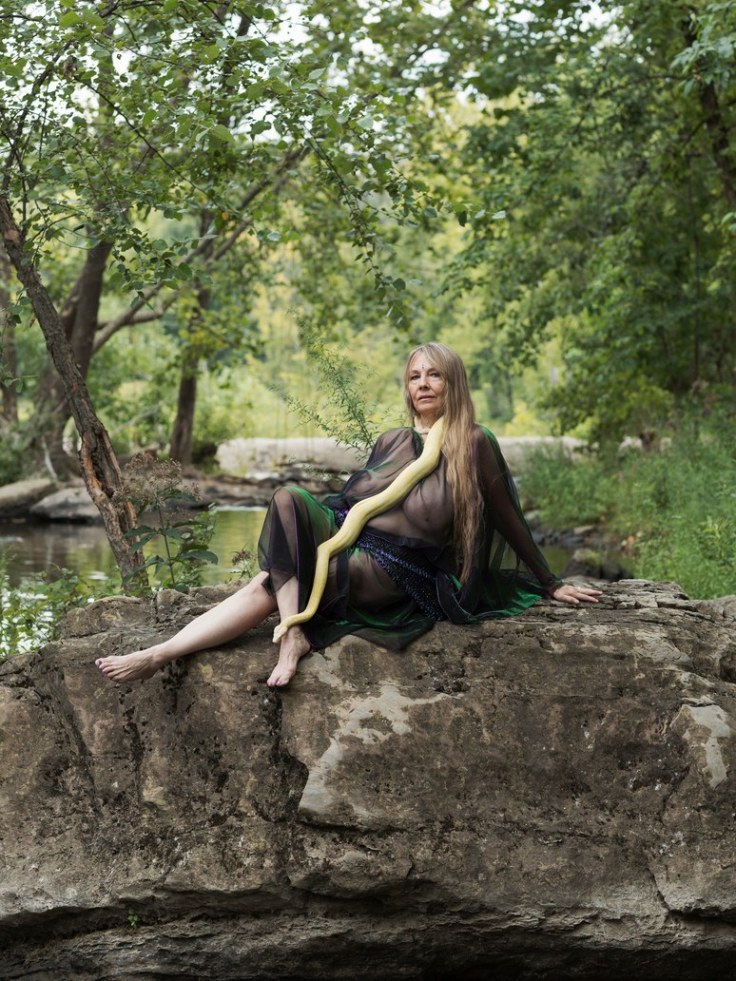 More than a quarter century later, the often paradoxical grab bag of clichés tied to the contemporary figure of the witch is not that far off, I think, from those shown in Stone’s movie. The witch is often understood as a mishmash of sometimes contradictory clichés: sexually forthright but psychologically mysterious; threatening and haggish but irresistibly seductive; a kooky believer in cultish mumbo-jumbo and a canny she-devil; a sophisticated holder of arcane spiritual knowledge and a corporeal being who is no thought and all instinct. Even more recently, the witch has entered the Zeitgeist as a figure akin to the so-called nasty woman, who—in the face of a Presidential Administration that is quick to cast any criticism as a “witch hunt”—has reclaimed the term for the feminist resistance. (This latter-day witchiness has often been corralled to commercial ends: an Urban Outfitters shirt bearing the words “Boss Ass Witch,” say, or the women-only co-working space the Wing referring to itself as a “coven.”) The muddled stereotypes that surround witches nowadays are, in the end, not so very different from those used to define that perennial problem: woman.