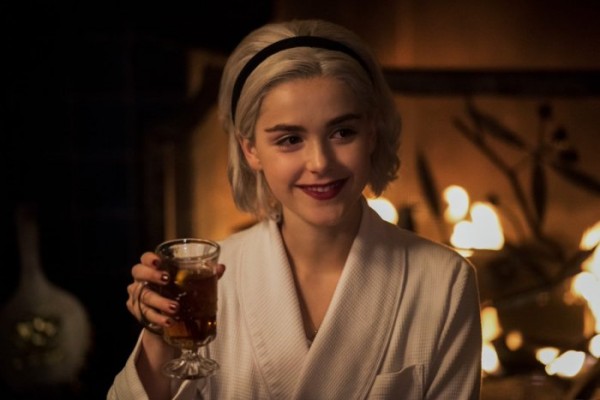 The Halloween holiday season may be over, and with it your first binge-watch of the excellent Netflix series Chilling Adventures of Sabrina, but there are more holiday treats in store for fans of the witchy-watchy show. As we recently reported, Roberto Aguirre-Sacasa‘s spellbinding adaptation will be airing a special Christmas episode this December. The one-off, fittingly titled Chilling Adventures of Sabrina: A Midwinter’s Tale, can be glimpsed in a batch of new images from the upcoming hour.