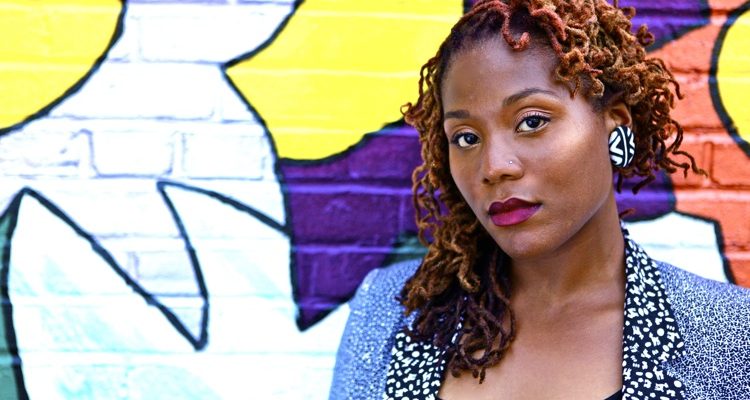 Cinema has a long history of exploring supernatural themes like vampirism and witchcraft. Despite our centuries-long curiosity with the undead, there has been almost no examination of how African folklore and legends fit into these film narratives. With her hypnotic and astonishingly filmed short, Suicide By Sunlight, Sierra Leonean American filmmaker Nikyatu Jusu turns the spotlight on a Black female vampire.

A pediatric nurse, Valentina (portrayed by Natalie Paul) is also a day-walking vampire who is protected from the sun by her melanin. Though she wants to make a difference at work, Valentina’s personal life is in disarray. Devastated by her estrangement from her twin daughters, Valentina struggles every single day to curb her bloodlust. Ahead of her two sold-out screenings at the Sundance Film Festival, Shadow and Act sat down to speak with Jusu about Suicide By Sunlight, how Octavia Butler invigorated her and why she made this film almost on accident.

“I stumbled across Octavia Butler’s work many years ago, and I discovered Fledgling,” Jusu explained. “The story was really compelling, but I knew I needed to do more research about melanin because I love when genre melds scientific fact with fantasy. The idea of Black vampires walking in the sun is such a springboard for so many ideas, and I wanted to explore that.”

Melanin and how it fits in with fantasy was something that the New York University’s Tisch Graduate Film school alum could not shake. “I was thinking about miscegenation, our history as Black people, and passing,” she revealed. “All those layers are inherent in the concept of Black day-walking vampires. Then it was about researching the origin of vampires in our respective cultures. I was validated when I discovered that there were African vampires, grounded in Ghanaian culture. There are Haitian vampires called Loogaroos grounded in that culture. So melding all of that with the springboard of Octavia Butler—it’s just so rich with so much story. The hook is day-walking Black vampires, but you still need the story.”