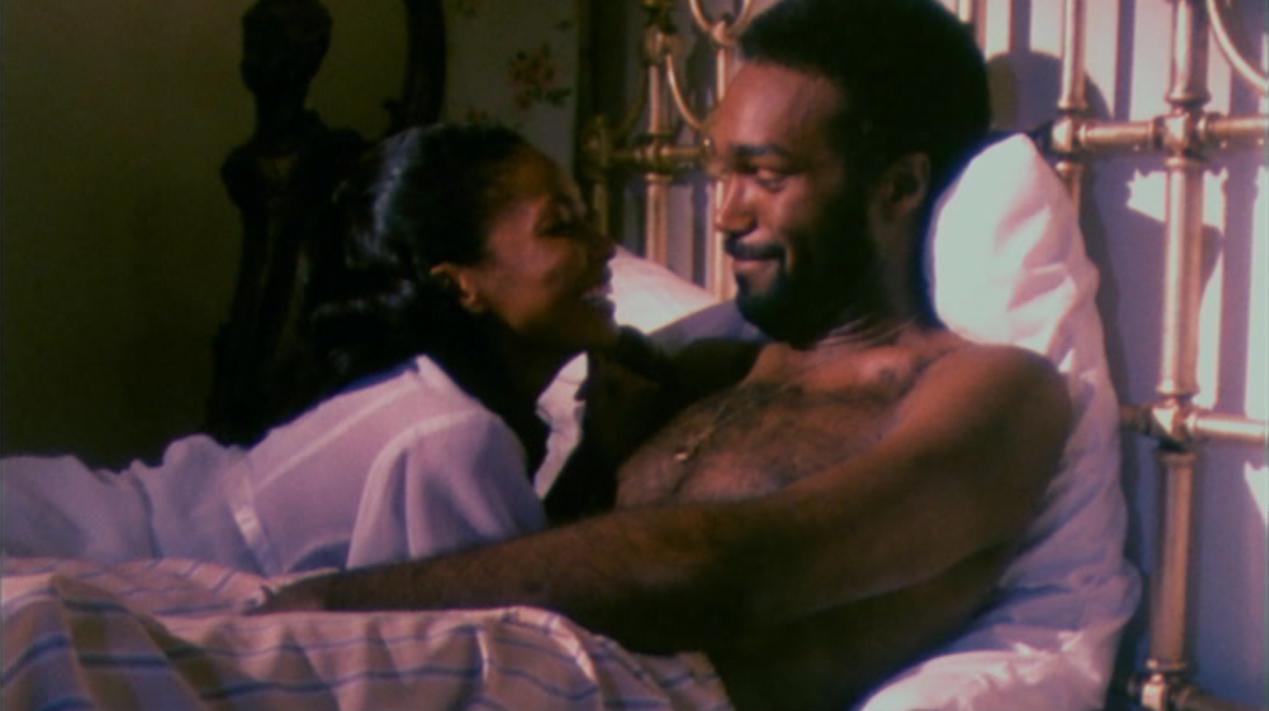 When Dr. Hess Green (Duane Jones) is attacked and stabbed with an ancient African dagger by his unstable assistant, he discovers he’s developed an unflinching addiction to imbibing blood. But his assistant’s wife, Ganja Meda (Marlene Clark) arrives in town in search of her missing husband, and the two begin an affair that makes for a complicated journey involving lust, companionship, and dependency.

Ganja & Hess (1973) is such a feast for the senses that it almost cannot be reflected upon linearly. It relies on visuals, sound, and mood. It is a coherent sequence of moments. We are intimate with the characters and space that surround them. Ganja & Hess, for this very reason, doesn’t come with a set of instructions. It is up to the viewer to map a path that suits their understanding. What writer/director Bill Gunn (who plays Dr. Hess’ assistant) wanted was a disruption of mainstream fare. Gunn didn’t seem too interested in what Hollywood desired, and like many writers, wrote a screenplay that felt personal and needed to be written. It tackles so many themes, it’s almost difficult to begin. While most rely on it being vampiric and about addiction, it’s important to note the journey that Hess and Ganja embark on together. Their romantic entanglement may by one of the most fascinating aspects of the film that is commonly overlooked because it is challenging to simplify.

If Ganja & Hess is a series of moments, let the trajectory of the title characters in the story make their coupled case:

Unapologetic and abrasive, Ganja initially shields herself from Hess. After the patient doctor implies her husband has “disappeared,” he grants her request to stay at his house for a few days. Upon meeting in his driveway, she steps out of the car, a long shot revealing their pregnant stare off. Mistaking Hess for ‘the help,’ she manages to conjure only a grain of private humility to save face, continuing to make demands. Whether it be guilt or stark loneliness, Hess lets her transgressions slide. Both are looking for something. Despite non-apologies, marital commitment, and (accidental) deaths; Ganja and Hess seek not only sexual, but emotional dependency intimacy with each other.