In Satanic Panic, a horror comedy directed by Chelsea Stardust, a pizza delivery girl at the end of her financial rope has to fight for her life — and her tips — when her last order of the night turns out to be bougie, high society Satanists in need of a virgin sacrifice. 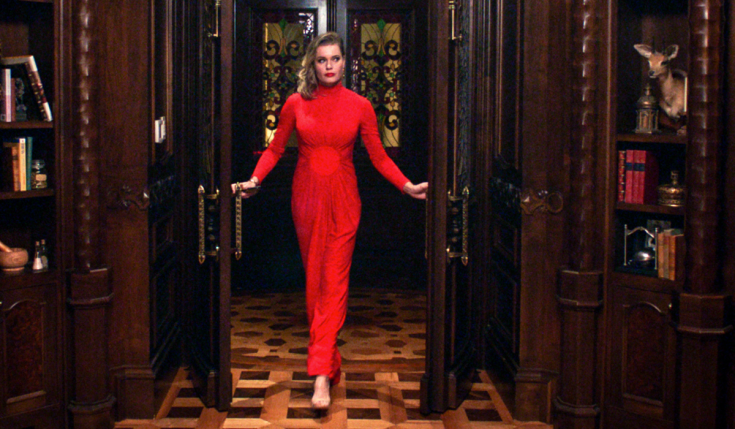 Bloody Disgusting has an exclusive first look at Rebecca Romijn as Danica, the leader of said cult.