Tim Burton is one of modern filmmaking’s best-known directors — largely because his films all look like Tim Burton films. It’s hard to find a recent director whose distinct visual aesthetic has become so universally, immediately recognizable. Even in his new live-action Disney film Dumbo, which is something of a departure from Burton’s previous work — it’s a remake that doubles as a careful critique of its predecessor — it can still easily be called “Burton-esque,” like all of his movies.

END_OF_DOCUMENT_TOKEN_TO_BE_REPLACED 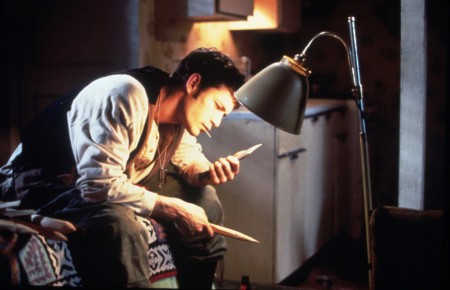 Luke Perry, in ‘Buffy the Vampire Slayer,’ Helped Redefine the Male Love Interest
The mediocre 1992 movie eventually led to some great TV — but it also created a first-rate example of a male feminist.

END_OF_DOCUMENT_TOKEN_TO_BE_REPLACED

It’s not often you see a zombified Meryl Streep and Goldie Hawn going head-to-head in immortal combat with the shovels meant to dig their own graves. Unless you are watching Death Becomes Her (1992), that is. Directed by Robert Zemeckis, the achingly camp black comedy chronicles Streep and Hawn as Madeleine Ashton, a fading actress, and Helen Sharp, an aspiring writer, as two frenemies battling over the affections of plastic surgeon Dr. Ernest Menville (played by Bruce Willis, as a nebbish shadow of his former self). When Madeline steals Dr. Menville from Helen, taking him as her husband, Sharp vows to exact vengeance on her rival, and simultaneously gives a whole a new definition to the idiom ‘hell hath no fury like a woman scorned’.

END_OF_DOCUMENT_TOKEN_TO_BE_REPLACED

I’d been a successful cinematographer. I shot the first three Coen brothers movies, Big and When Harry Met Sally. I was in LA finishing up shooting Misery when producer Scott Rudin left me a script to read – The Addams Family. I’d grown up loving Charles Addams’ cartoons in the New Yorker. They were dark and funny. Scott said: “If I can convince Orion Studios to hire you would you be willing to direct it?” I said: “Sure.” You never actually think anything like that’s going to happen – but it did.