Surprising, some people gloss over the fact that the Metroid series has its roots in sci-fi horror. Yes, in spite of the series owing a lot of its influence to the Alien series, most people still see the series as more sci-fi adventure, which is fair (given that this is Nintendo, after all). Yet with Super Metroid, a landmark title that celebrates its 25th anniversary today, horror still has a very real presence with the game, despite its more action-oriented leanings.

END_OF_DOCUMENT_TOKEN_TO_BE_REPLACED

An animated series adaptation of Capcom’s “Devil May Cry” franchise is in the works, according to IGN. It’s being developed by Adi Shankar, the executive producer of Netflix’s “Castlevania” series.

The new “Devil May Cry” series will be part of what Shankar is dubbing the “bootleg multiverse.” While he didn’t provide any specifics to IGN about its plot or how it fits into a wider animated universe, but he did say he “acquired these [“Devil May Cry”] rights myself so the jabronis in Hollywood don’t f*** this one up too.”

Yes, even Pokemon can celebrate Halloween. And when you think about it, that’s not too unusual. The notion of kids going door to door, either “catching” all the candy there is to be had, or doing battle with unique tricks if none is to be had, must seem a very familiar ritual to them. This year we’ve already seen ghostly Pokemon gear from the new Lavender Town collection, but now Japan’s Pokemon Cafe is switching up their menu for the spooky season, and now we’re trying to figure out a way we can hop on a plane and justify it as a trick-or-treating expense.

SoraNews24 clued us in to all the tasty items, and we wanna eat ’em all. First up is Pikachu’s Halloween Clever Plate, which is basically the same Pikachu entree they serve all year, except now he has a little hat and a new Halloween collector plate. The Pikachu is made of potato, and comes with salad, hash-brown stars, burger patty, and a fried shrimp. 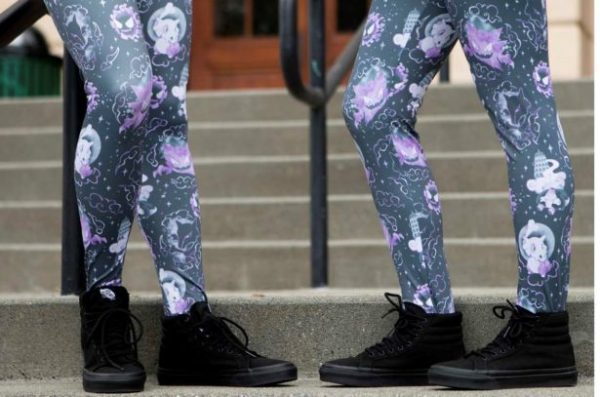 One part cute and one part spooky, Pokémon‘s new accessory collection inspired by Lavender Town will turn heads when you walk into school or the office this fall. The officially licensed collection includes laptop cases, pencil cases, leggings, hats, and more, and all are now available exclusively in the U.S. on Pokémon Center.

Production company Fox21 acquired the rights to Dontnod Entertainment’s action role-playing game “Vampyr” and it’s adapting it for television, it announced on Friday. Wonderland Sound & Vision and DJ2 Entertainment will work on the show. DJ2 is also executive producer of the TV adaptation of Dontnod’s episodic adventure game “Life is Strange.” “Vampyr” launched on…